Our culture has become toxic to children.  Look at what’s happening.  Prime-time television routinely depicts simulated sex involving not only adults but teens as well.  The internet is riddled with sexual content.  Online pornography is everywhere, including the innocuous sounding Wikipedia; there are internet based channels geared exclusively to teaching children about sex, even about the most depraved sexual activities.  Our whole society has become sex focused, so much so that sexuality has become central to our identity.  Sad.

A case from three ye 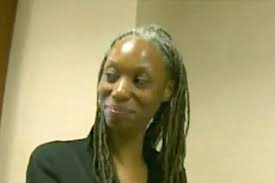 ars ago is emblematic of what is going wrong with our culture.  Felicia A. Smith, a middle school teacher in Houston, Texas was arrested for giving a 15-year-old boy a birthday lap dance in front of her cheering class.   According to the police report, the 42-year-old woman, at the urging of her students, pulled a chair to the front of the room, next to her desk.   Mrs. Smith then turned on the music and “began to moving her buttocks back and forth across his lap”.  She also danced around the boy caressing and fondling his body.  The boy admitted to becoming aroused and to becoming fully engaged in the activity by slapping Mrs. Smith on her bottom several times.  The dance lasted for 4 minutes and ended with Mrs. Smith on her knees, burying her face between the boy’s legs.

The class loved it.  Apparently so did the boy.  There is no indication that any of the children complained.  School officials apparently became aware of the incident by overhearing the enthusiastic retelling to classmates.  At least one of the students took a video, which was confiscated by the police.  When arrested, Smith was confused about why.

So were some of the adults who were interviewed by local news reporters.  While it seemed that most adults thought that the teacher should have celebrated the boy’s birthday with a cupcake instead of a lap dance, several adults thought that Mrs. Smith should be given a pass.  “She’s a good teacher and the children love her,” said one parent.

Mrs. Smith lost her job and pled guilty to having an “inappropriate relationship with a student.”  She was given three years’ probation.  She also avoided being listed as a sex offender.

This is the only lap-dancing teacher I’ve heard of, so I’m sure this is not going to be a trend.  At least not yet.  There are limits to the number of teachers who could be that oblivious to existing social constraints.  But I’m sure that there are many teachers who consider such constraints to be oppressive.

Several parents went on the record to say they thought it was okay.  And we know that teachers generally back the progressive comprehensive sexuality education programs that are being introduced across the county and that promote the idea that children have a “right” to engage in sexual activities whenever and with whomever and at whatever age they want . . . as long as there is consent.  These same programs encourage children to explore their sexuality and experiment with same and opposite sex relationships.

The bottom line is that children are being indoctrinated in hedonism and mentored by our educators into a fully sexualized adolescence.  Parents need to wise up and put a stop to it.  And all teachers of good character need to speak out against it as well.

View all posts by trhampson